Samsung continues to make strides towards sustainability with more energy efficient products and green energy initiatives at its factories and campuses.

The Paris Agreement, which aims to limit the global temperature increase to 2 degrees Celsius – preferably 1.5 degrees Celsius – was adopted in December 2015. Following an increase in extreme weather events the world over from abnormal temperatures to droughts and typhoons, countries around the globe had reached the conclusion that changes needed to be made towards low-carbon models.

In order to contribute to tackling this global crisis, Samsung Electronics has been devising sustainable ways to respond to climate change across all aspects of its business operations. Read on to learn more about the measures implemented by Samsung that aim to provide everyone with a better, more sustainable, tomorrow.

Renewable Energy Usage Reaches 100 Percent in the U.S., China and Europe
In June 2018, Samsung committed to having all its worksites in the U.S., China and Europe rely exclusively on electricity sourced from renewable sources by 2020. Thanks to the unrelenting efforts put in hereafter, in 2019, 92 percent of the energy used in these worksites was generated by renewable sources; and in 2020, the company achieved its goal of 100 percent renewable energy for these worksites. Samsung’s efforts to use renewable energy continue across various other regions around the world, including Korea.

Eco-conscious Products for Everyday Life
In 2008, Samsung Electronics established its corporate Eco-Council and began holding regular meetings across its various business units to support the development of energy-efficient products. By sharing technologies that help reduce energy consumption and follow eco-conscious trends, the company’s many teams have managed to develop products that simultaneously maximize performance and minimize energy consumption. The results achieved through these co-operative initiatives have also been supported by company-wide efforts to develop highly energy-efficient products. 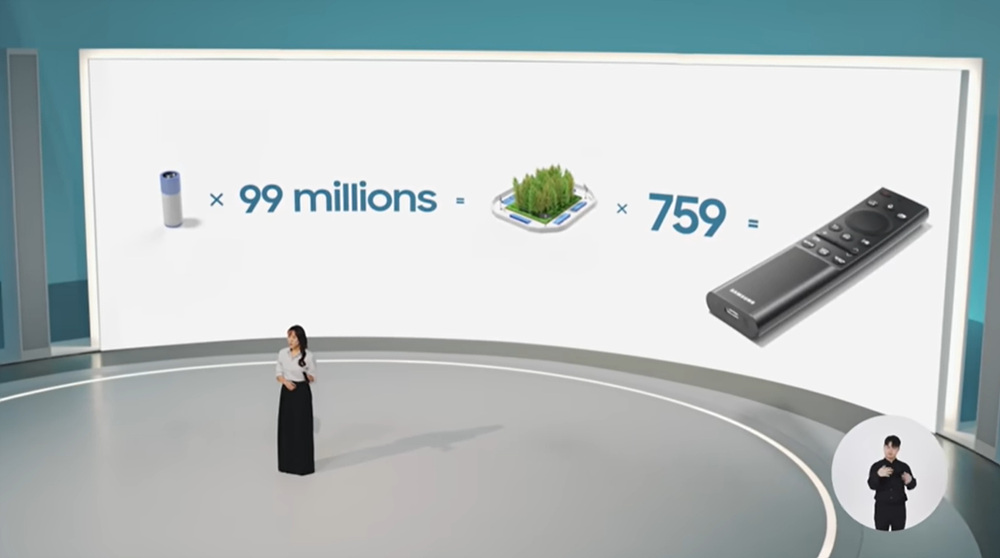 On January 6, Samsung Electronics unveiled its 2021 TV product portfolio at its virtual First Look event, and also announced the company’s latest long-term sustainability programs that include the inclusion of solar cell-powered remote controls and the reduction of product carbon footprints through the use of recycled materials.

Samsung’s 2021 Neo QLEDs will come with a new solar cell-powered remote control that can be recharged through indoor or outdoor lighting, or USB. This innovation will help prevent the wastage of around 99 million AA batteries over the course of seven years of usage.1

Samsung is also making efforts to reduce the emission of greenhouse gases throughout the TV product lifecycle through the application of recycled plastics. Samsung has been using recycled materials in the rear covers of their monitors and signage and is now planning to expand their usage into even more components across the company’s visual display product portfolio. Through various efforts including expansion of its Eco-Packaging Design to all 2021 Lifestyle TVs and the majority of the NEO QLED line, Samsung’s Visual Display Business is aiming to reduce greenhouse gas emissions by 25,000 tons annually, equivalent to the absorption of greenhouse gases by 3.8 million 30-year-old pine trees over the course of a year.2

By using Galaxy smartphones everyday, users, too, can help protect the environment. Polyketone, a material that contributes to the reduction of carbon monoxide (greenhouse gas), has been used by Samsung on their Galaxy smartphone and tablet products since 2016. Most recently, in order to reduce the product’s carbon footprint, Samsung applied Polyketone to the side key internal brackets of its Galaxy S21 series.

By pursuing a minimal packaging design and changing the materials used throughout the entire product lifecycle – from manufacturing and distribution through to usage and disposal – Samsung’s Galaxy S21 smartphone has received the ‘Reducing CO2’ certificate from the Carbon Trust3, acknowledging the reduction of greenhouse gases the Galaxy S21 produces compared to the previous model.

In addition, the company has reduced the standby power consumption of its flagship Galaxy smartphones’ chargers since 2012 to press the problem of power waste. In the year since, the company has applied this environmentally conscious enhancement to the chargers of devices throughout its product range, and is currently aiming to reduce the standby power consumption of chargers to zero.

As for Samsung’s home appliances, the mission to reduce products’ energy consumption is ongoing. Samsung's dishwashers are also energy-efficient. In 2021, the DW80R9950UG and DW80R7060UG models sold in the U.S. were included in Energy Star's 2021 Most Efficient Dishwashers list, satisfying the criteria of annual energy use of less than 240 kWh per year and water consumption less than 3.2 gallons per cycle for standard-sized models. This translates to 67 kWh per year in energy savings and 387 gallons per year in water savings compared to a conventional product.

Samsung has also been making efforts towards sustainability right from the manufacturing stage of packaging materials for the Portable SSD T7 Touch by developing an eco-friendly pulp material to replace plastic tray components. By using one-third less tray packaging, replacing the plastic trays with eco-friendly pulp material and minimizing greenhouse gas emissions throughout its production, the company saved approximately 84 tons of carbon.

Receiving Accolades and Acknowledgement for Eco-efficiency 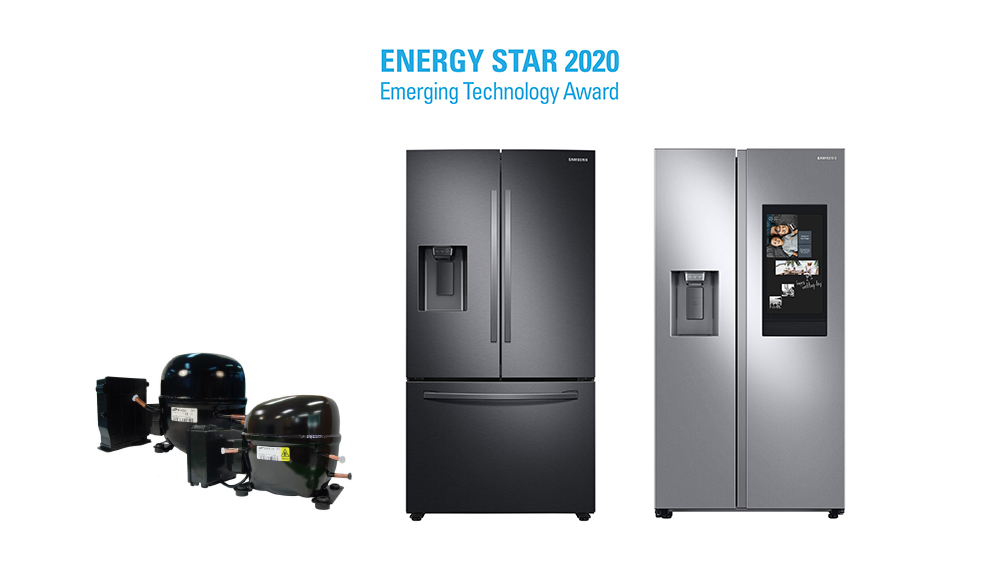 The greenhouse effect, caused by increased global usage of fossil fuels, and the climate change witnessed in recent years are two of our greatest threats. Samsung will continue to monitor the ongoing climate change situation and pursue energy-efficient products and manufacturing processes in order to reduce greenhouse gas emissions and promote the usage of renewable energies.

The company will also continue to pursue its policies of increasing energy efficiency and minimizing the usage of resources so that its users can rest assured that they are doing their part to help mitigate climate change with products that require low electricity and provide high performance.

1 7 years is the average lifecycle of TV products.
2 Based on internal research.
3 The Carbon Trust is an accredited non-profit certification body established by the British government in 2001 to award the Carbon Footprint Certification to eco-friendly products and services after a comprehensive assessment of the carbon emissions produced throughout the entire production cycle of the product. 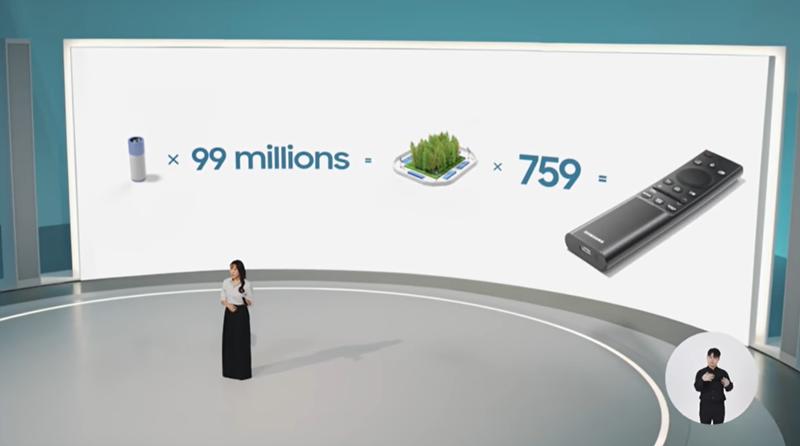 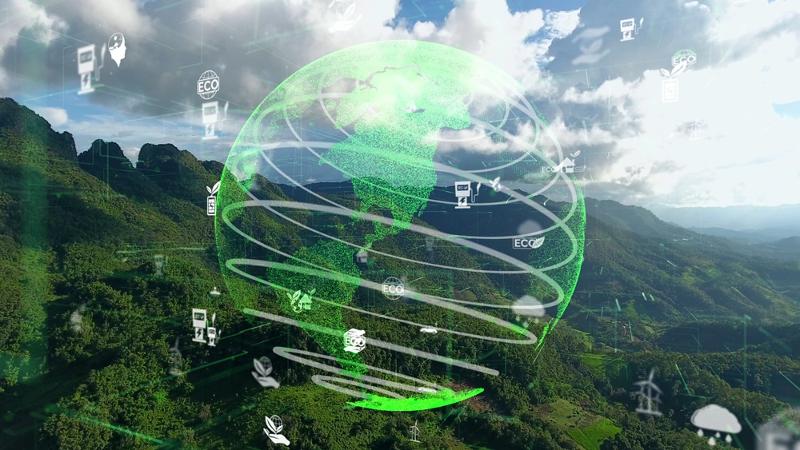 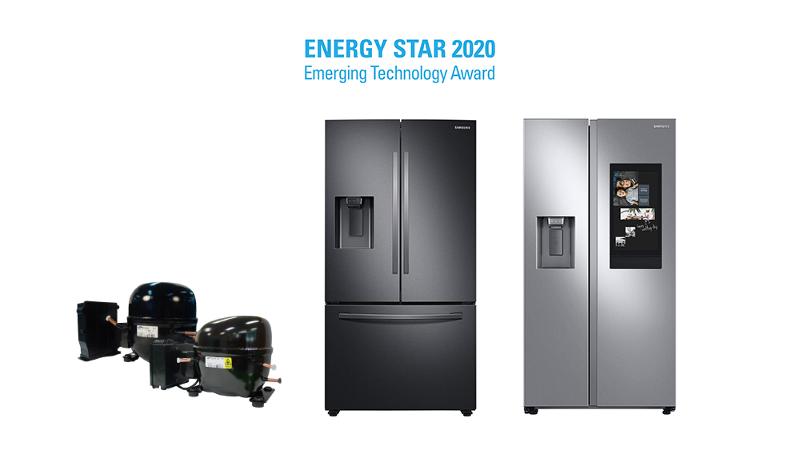