Generation17 Young Leaders: How Tafara Makaza Works On the Future of Mobility and Employment Opportunities in Zimbabwe and Rwanda

With a passion for coding and firsthand experience with the everyday needs in Zimbabwe, Tafara Makaza is empowering communities with his apps. 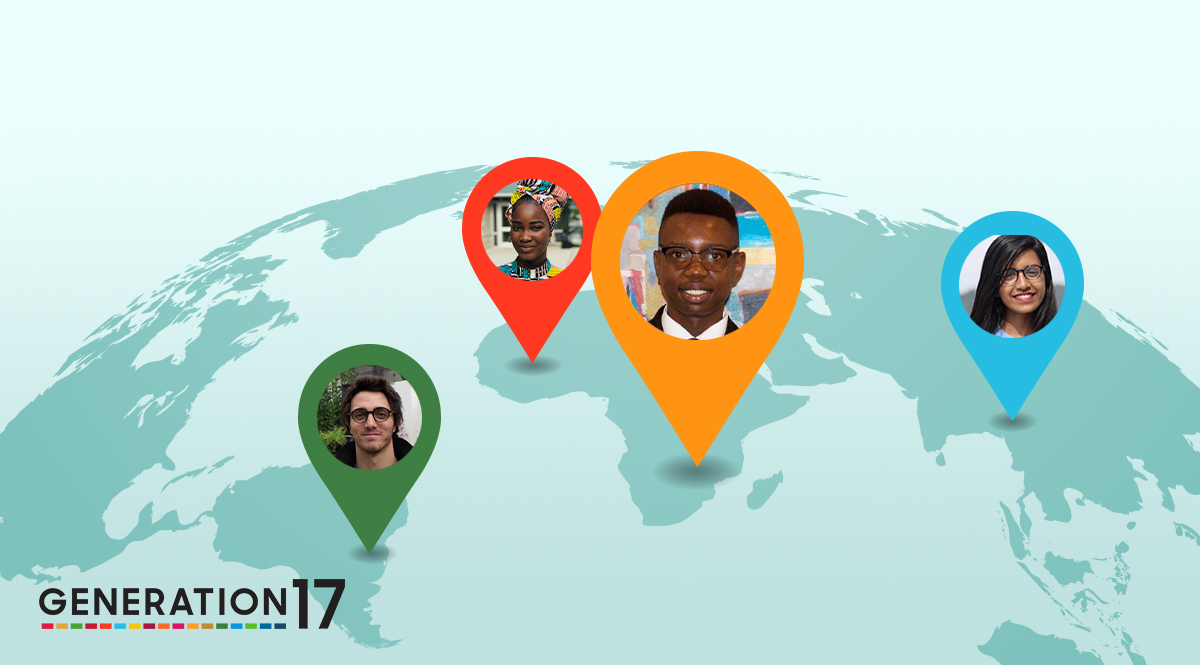 Growing up in Zimbabwe, where formal employment is scarce, Tafara Makaza and his family couldn’t afford much beyond the necessities. Life was filled with everyday challenges, such as walking miles to his father’s teaching job or watching his mother, also a trained teacher, work abroad for a month because there were no local opportunities.

A natural and resolute problem solver, Tafara set out to obtain the skills needed to improve life for himself and his community. He worked hard at school, and at his father’s urging, learned to use a computer at the age of 12. Soon, Tafara developed a talent for coding from studiously watching online tutorials. The simplicity of the craft and the immediacy of the technology fascinated him. A passion was born. 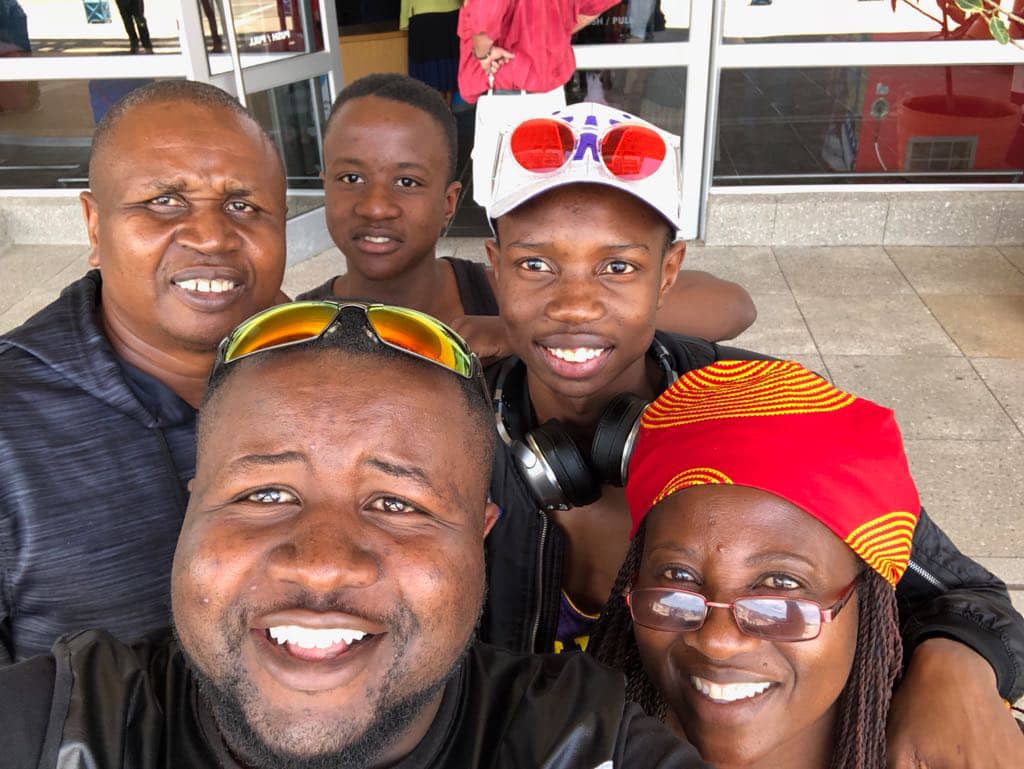 “It’s like art,” Tafara says. “You literally just need a computer, and you can write a piece of software that can run on a browser or on a phone.”

Inspiration in Everyday Problems
Today, he leads a dual life, as a student in the United States at Williams College in Williamstown, Massachusetts, working toward a degree in astrophysics, and as an entrepreneurial coder, focused on improving life back in Zimbabwe and in neighboring countries. The local challenges, though daunting, inspire him. 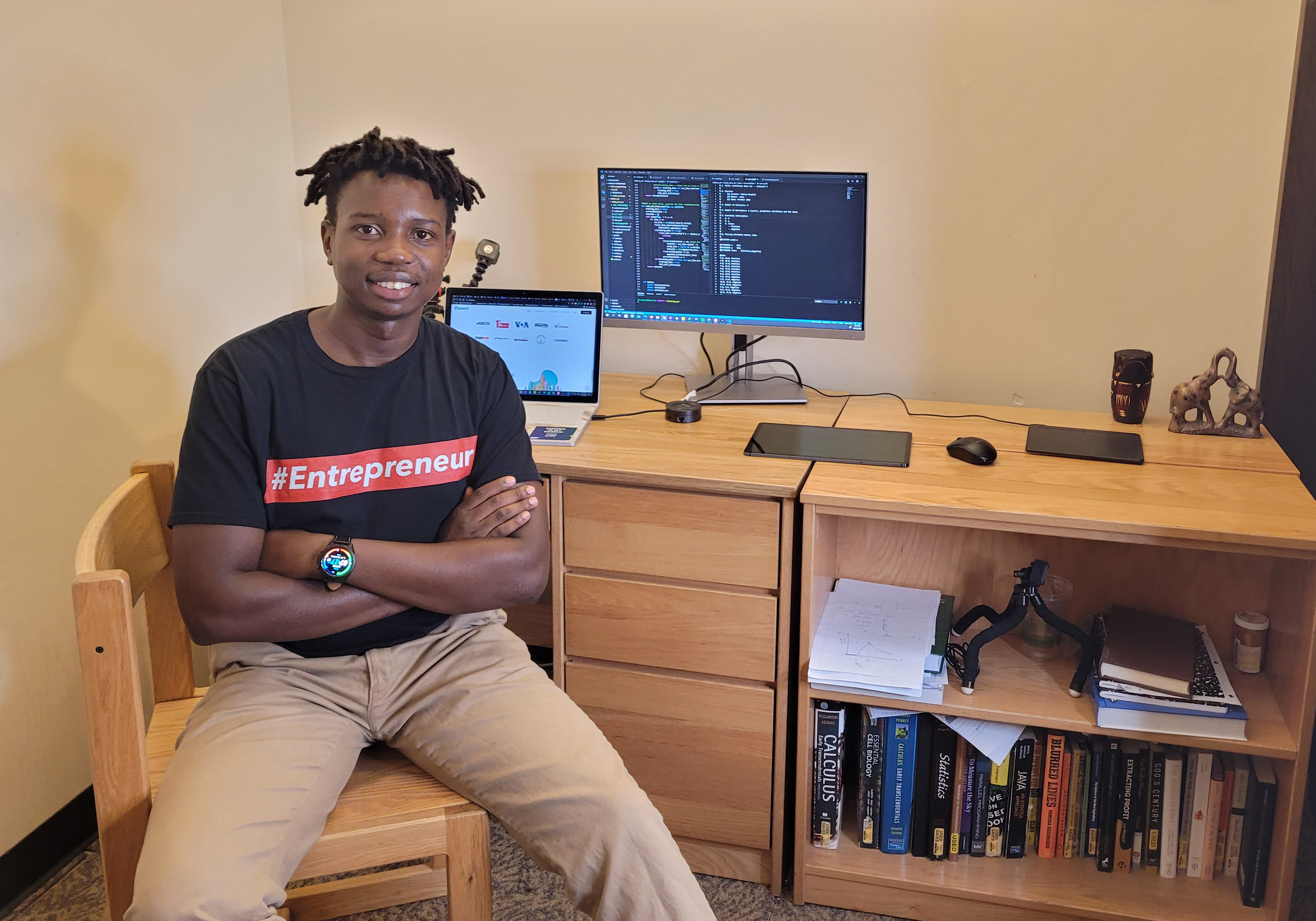 For Tafara’s family and others in Zimbabwe, intercity travel is necessary yet difficult. “Growing up in Zimbabwe, public transport has always been a challenge,” says Tafara. “There are no timetables or schedules for buses or commuters to plan your day” When he arrived in the United States for college, Tafara discovered the convenience of ride-sharing apps. Starting with a mobile messenger app, he began experimenting with a service to coordinate shared rides between cities across Zimbabwe.

Before long, Tafara and a friend had launched an app that almost immediately helped more than 2,000 people reach their destinations with ease. Those traveling between cities use the service to sell extra seats in their vehicle, making the journey possible and affordable for others, while generating income for the driver. 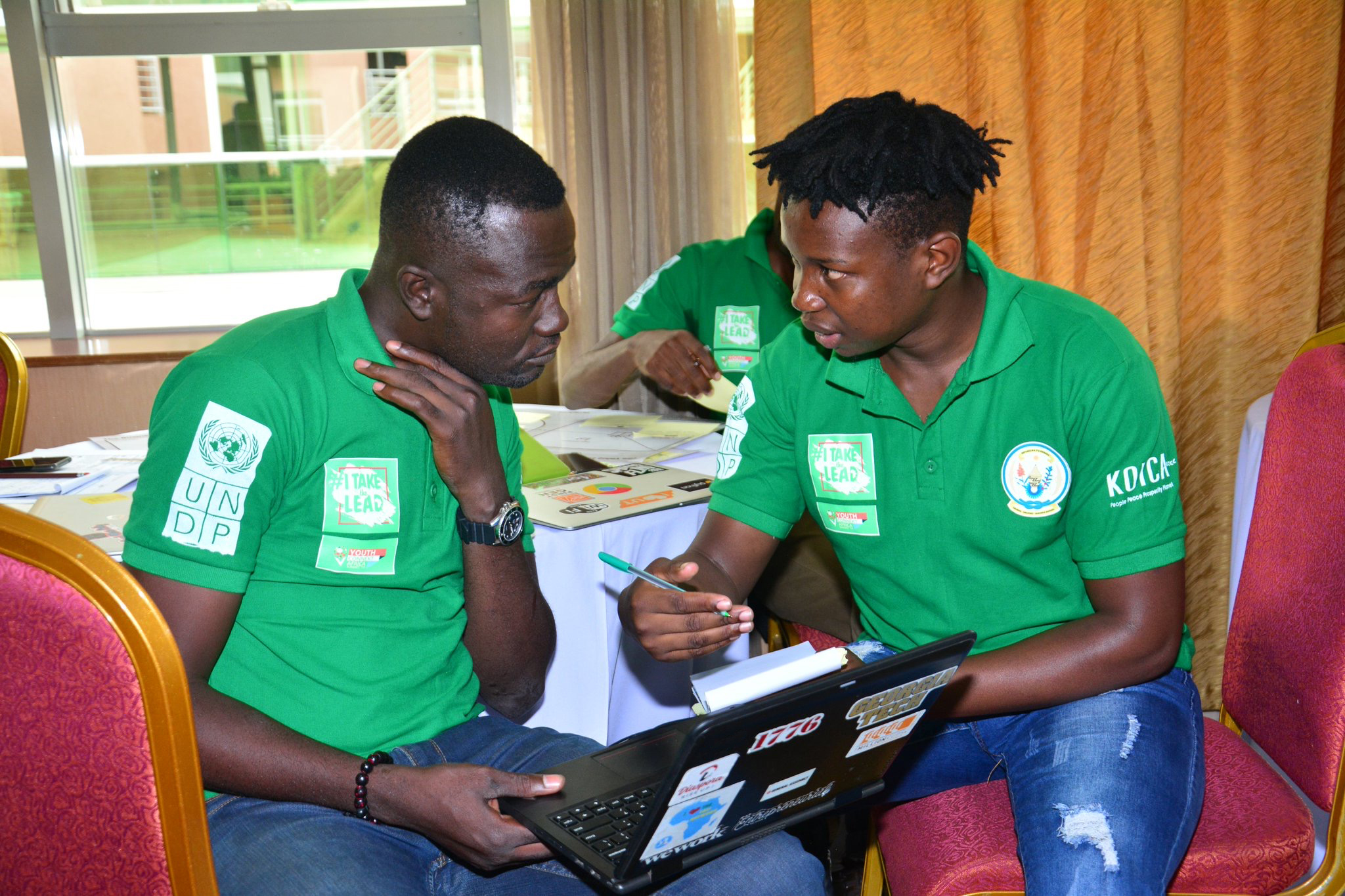 Tafara didn’t stop there. He embarked on an even broader social and economic issue: unemployment. “My mother has been unemployed for many years even though she’s highly educated, and many young people are facing the same situation,” he says.

Once again, Tafara started experimenting and coding. The result was an app that matches workers with one-off jobs, creating convenience for families and new income opportunities for those they hired. Within a day, he signed on more than 100 skilled service providers.

“My guiding principle is that I want to adapt technology to the African context,” Tafara says. “I want to help ordinary people generate value and get a better life.”

Next, he plans to expand his latest app, adding more services and new markets; and ultimately, to incentivize more investment and innovation across Africa. 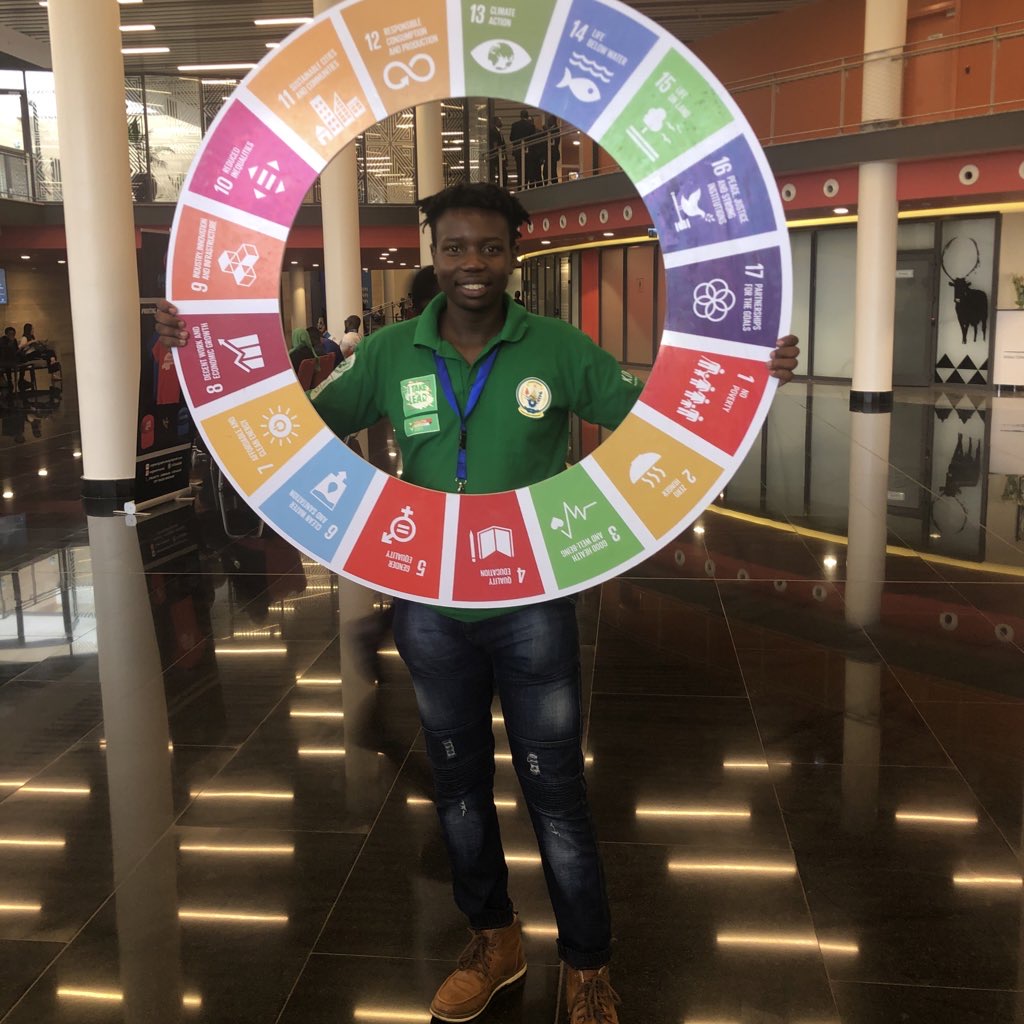 Rising to the Challenge
For Tafara, the Global Goals are not only an inspiration but also a responsibility. Despite learning about them just last year, he has lived the challenges that the Goals address his whole life. He believes it’s his and his generation’s role to continue driving change, finding new ways to make a difference, and inspiring others to join them in creating a better future. 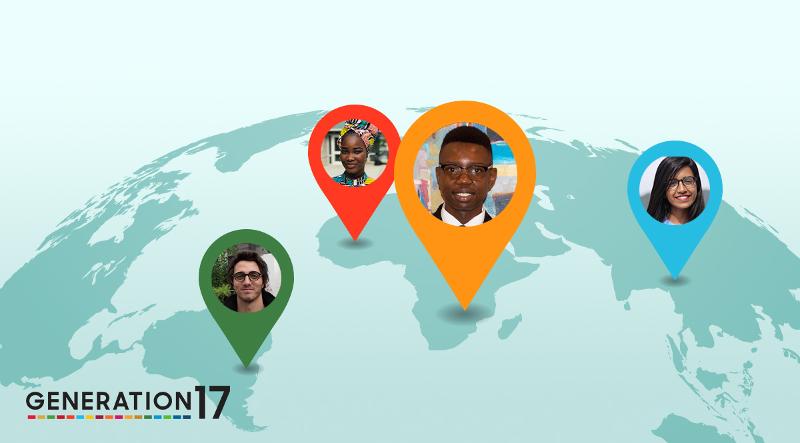 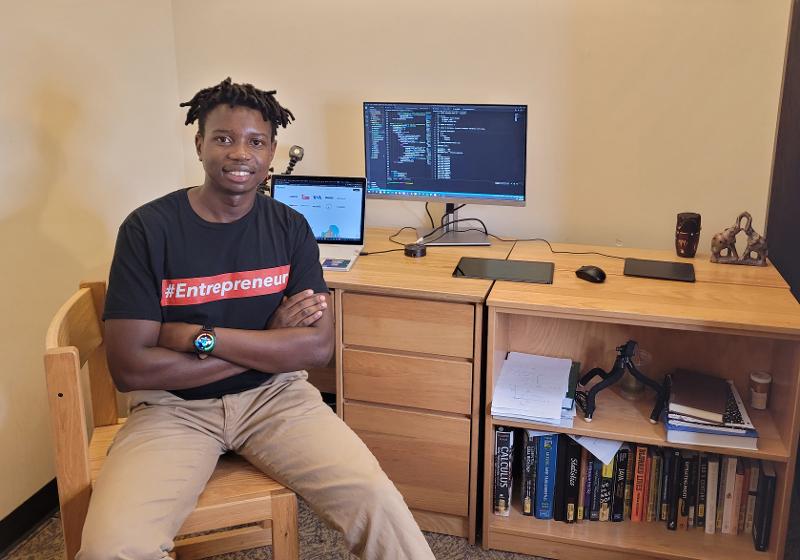 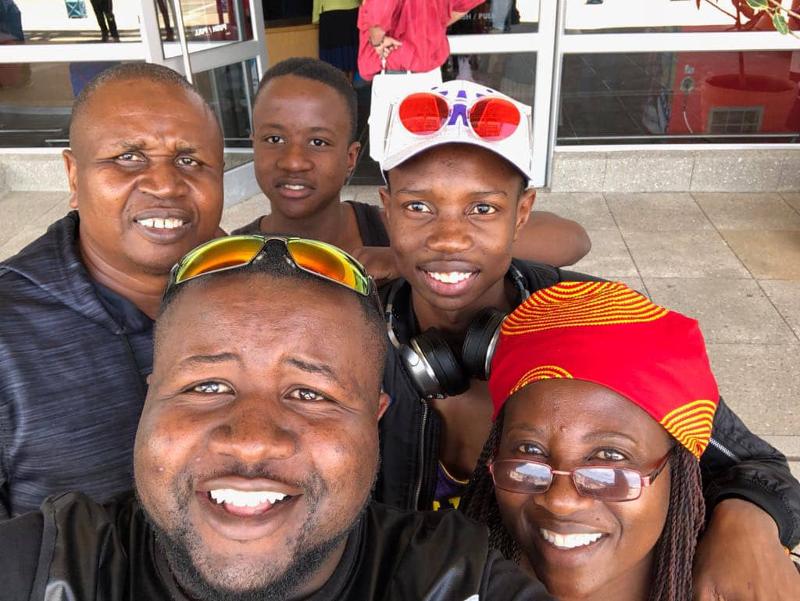 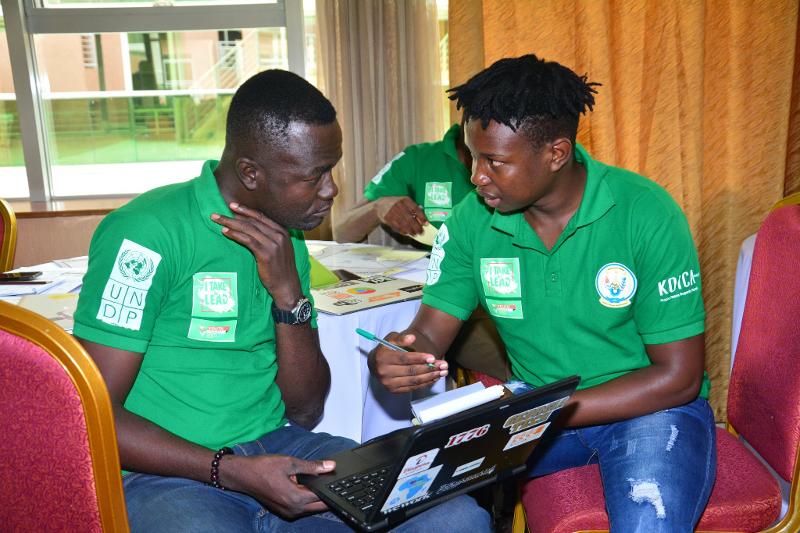 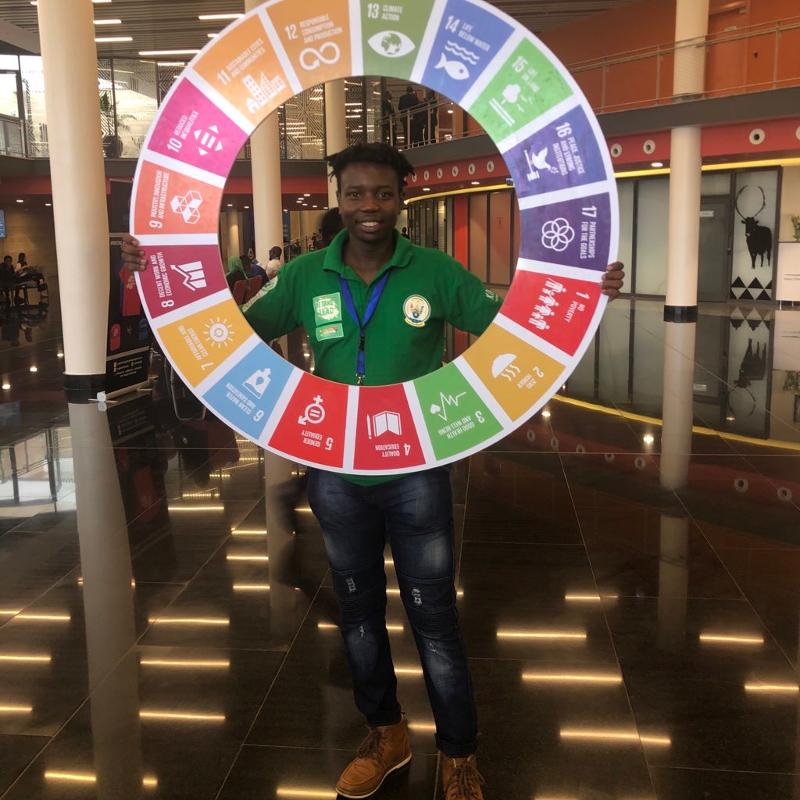 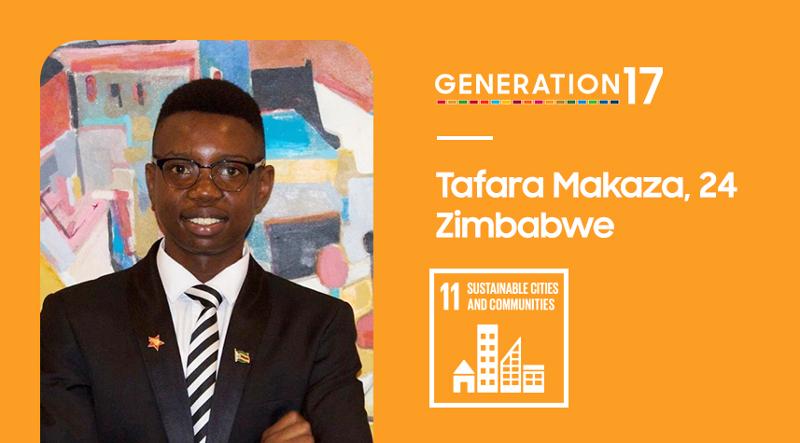