In celebration of International Women’s Day 2021, Samsung is proudly highlighting the women behind the company’s innovations.

Voices of Galaxy spotlights the people who use their passion, creativity, and determination along with technology to make a positive impact on their own lives and their communities.

In celebration of International Women’s Day 2021, Samsung is proudly highlighting the women behind our innovation as part of Voices of Galaxy. Across the company, countless innovators push themselves every day to create new experiences while paving the way for others to succeed.

Vanisri Srikrishna Jallapelli, a software engineer based in India, is one such shining example. Not only has she broken boundaries herself, but with over a decade of experience at Samsung, she is also passionately committed to empowering young women to achieve their goals in the tech industry.

Embracing Challenges and Pushing Limits
Family has always been at the center of Vanisri’s life. As a child growing up in the city of Pune in India, she spent most of her free time with her parents and her two brothers. They formed deep bonds while cooking traditional Indian dishes, developed a healthy competitive spirit playing cricket in the fields and challenged and encouraged each other on a regular basis. Family trips to different parts of the country also broadened Vanisri’s horizons.

“My family are my friends, and my parents are my role models,” Vanisri says. 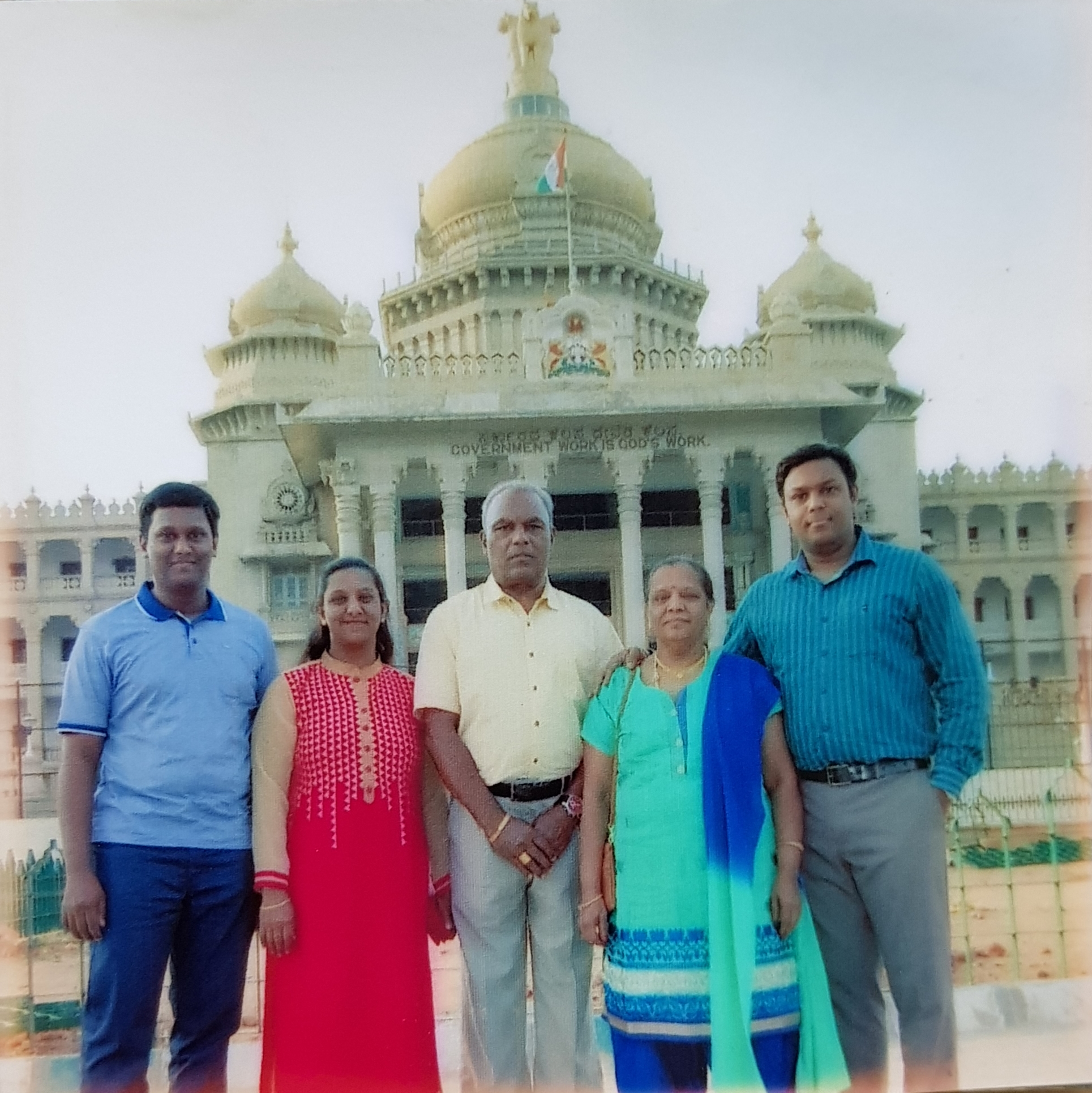 Her mother taught her to meet life’s challenges with a positive and charismatic attitude, while her father instilled the strong values that shaped her work ethic and fueled her ambition.

Vanisri’s parents always encouraged her to take on new opportunities, but in her mind, she was destined to lead a simple life, close to her family. So, when she placed at the top of her class while studying computer science and was offered a developer position with a software company in Bangalore after graduation, she found herself at a pivotal crossroad – remain close to her family or leave everything she knew and loved for the chance to forge a career in technology. The latter prospect was certainly appealing, but Vanisri was unsure about this new direction in life. Her family had always urged her to spread her wings and grow, but her interest in seizing new opportunities wrestled with her desire to remain close to her loved ones.

“I was not ready to move away from my family,” Vanisri recalls. “But my college counsellor told me that I had earned the offer and shouldn’t be afraid of accepting the opportunity. My parents also encouraged me to become independent and pursue success.”

After several conversations with her family and a great deal of introspection and internal debate, Vanisri overcame her hesitations and fear of the unknown and accepted the position.

Initially, living alone in Bangalore was tough. But she drew from the lessons of her childhood experiences and met challenges directly while welcoming new opportunities with open arms. Before long, she found she had fully embraced her new life in the Silicon Valley of India. Her job not only enabled her to work at the forefront of technology, but it also introduced her to Samsung, which was one of her clients at the time, and allowed her to travel the world and learn from experts in different fields. 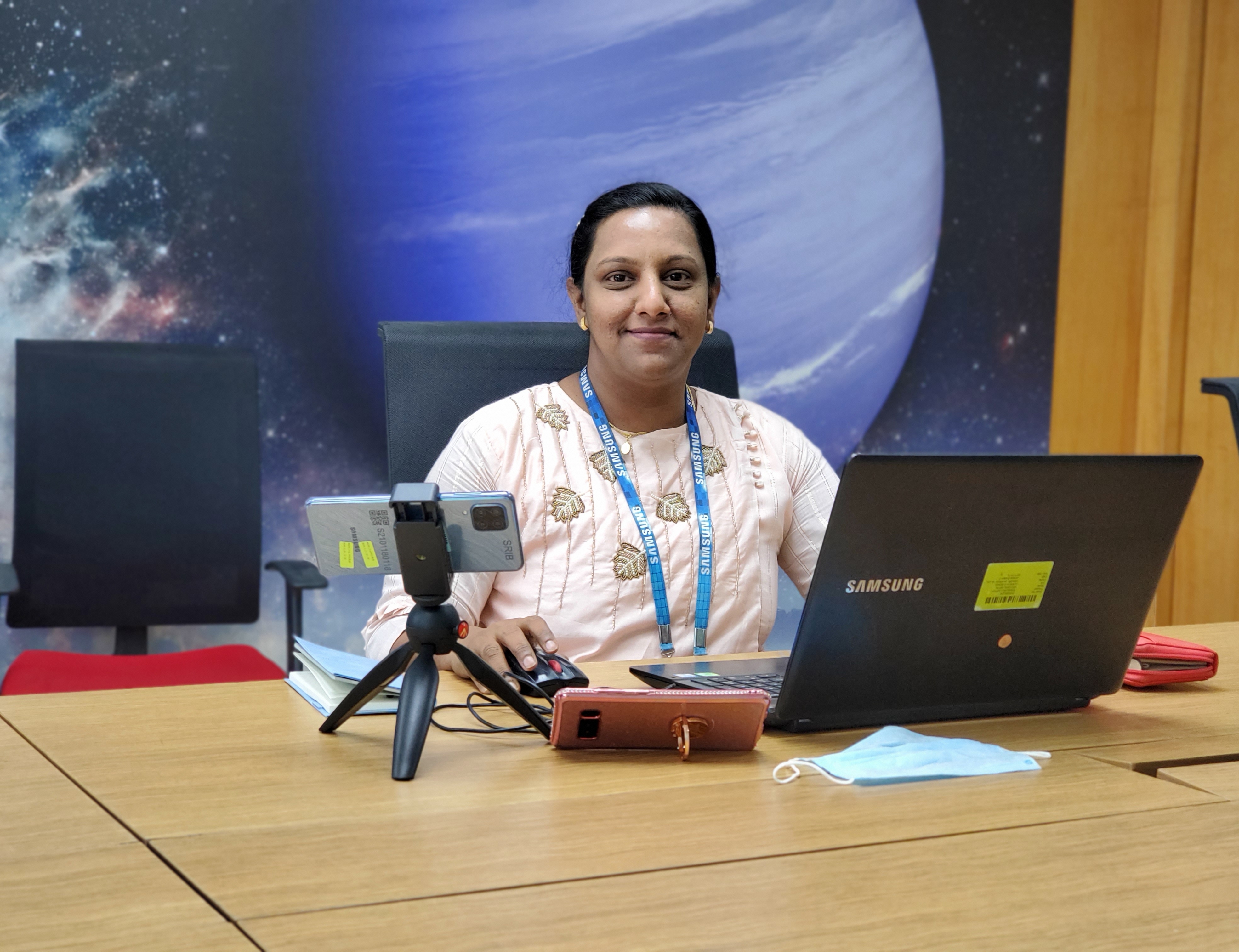 Inspiring Others to Succeed
Vanisri’s passion for improving people’s lives with technology led her to join Samsung in 2008. It was an exciting opportunity for her to grow professionally and Vanisri was determined to prove herself and make an impact. Subsequently, she spent her first few years at Samsung putting in long hours and struggling to strike the right work-life balance. Ultimately, she prevailed and found her comfort zone because she was passionate about her job and buoyed by the constant support of her family, who encouraged her to stick with it and find the harmony that would let her have it all.

In 2014, Vanisri took on a newly created role that was still being defined within Samsung – Technical Program Manager for the System SW BSP team She worked to ensure issues and errors in program execution were addressed, but found herself continuously trying to demonstrate the impact and importance of her position to herself. TPM’s traditionally operated separately, but she utilized her unique experience as a developer to embed herself within the R&D team and implement new ways of working that reduced pressure on her colleagues.

“Because the TPM position was newly created, making an effective impact was a challenge at first,” Vanisri shared. “I felt that this was a right time to showcase the power of that role.”

Vanisri’s work within the System SW BSP team was so successful that Samsung created a separate camera team TPM role and asked her to lead it. She is now responsible for driving the development of new camera experiences for more than 100 devices across Samsung Galaxy S series, A series and M series models.

Empowering Future Leaders
With close to two decades of experience in the industry, Vanisri sees herself as, not just an innovator, but also as a mentor to young female engineers. The number of women working in the tech industry in India continues to grow and she believes she can use her personal experiences to play a vital role in helping young women progress in their careers.

“When I work with junior members of my team, I try to give them as much guidance as possible and show them different ways to approach problems,” Vanisri explains. “At the same time, I encourage them to question their own methods, so they can discover new ways to develop solutions independently.”

Vanisri considers her ability to establish and build meaningful trust with her colleagues to be one of her greatest strengths. It’s a skill she developed and honed through her previous experience in R&D, which required her to work closely with the product teams to identify mistakes and quickly find solutions to issues while maintaining positive working relationships. She has been working remotely over the past year, but has remained dedicated to leading her team by example and ensuring that every member has continued to grow.

“Every day, I try to show my team that no challenge is too great when we collaborate and work together,” she says. 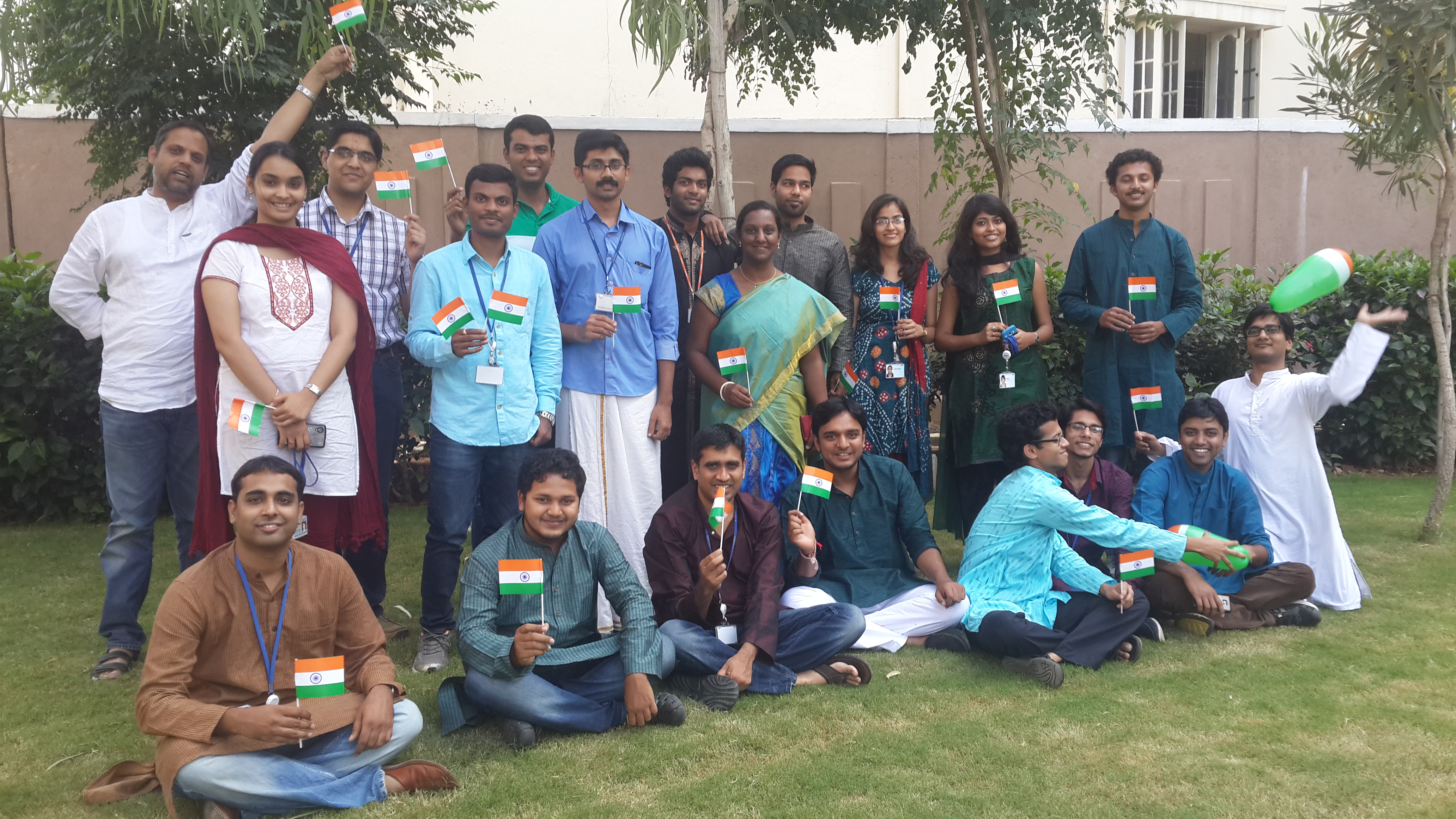 Vanisri is a veteran of the tech industry but she feels just as excited about the future of technology as she did the day she graduated. From artificial intelligence (AI) to Internet of Things (IoT), she is passionate about bringing next-generation mobile experiences to life and sharing new and exciting innovation with the world.

But most of all, Vanisri hopes she can help mentor young people to become leaders in the industry. She knows that, just as she did early on in her career, many are struggling to find a manageable balance between work and life, so she uses the lessons she’s learned to empower others. She also recently helped a colleague follow in her footsteps and move from the R&D team to join the TPM team. These efforts are at the core of what Vanisri sees as her next great endeavor – providing the next generation of talent with critical guidance and support that enables them to carve out their path and advance the tech industry in impactful ways.

“My family gave me the support I needed to grow and become a leader, and now I want to do the same for others,” she says. 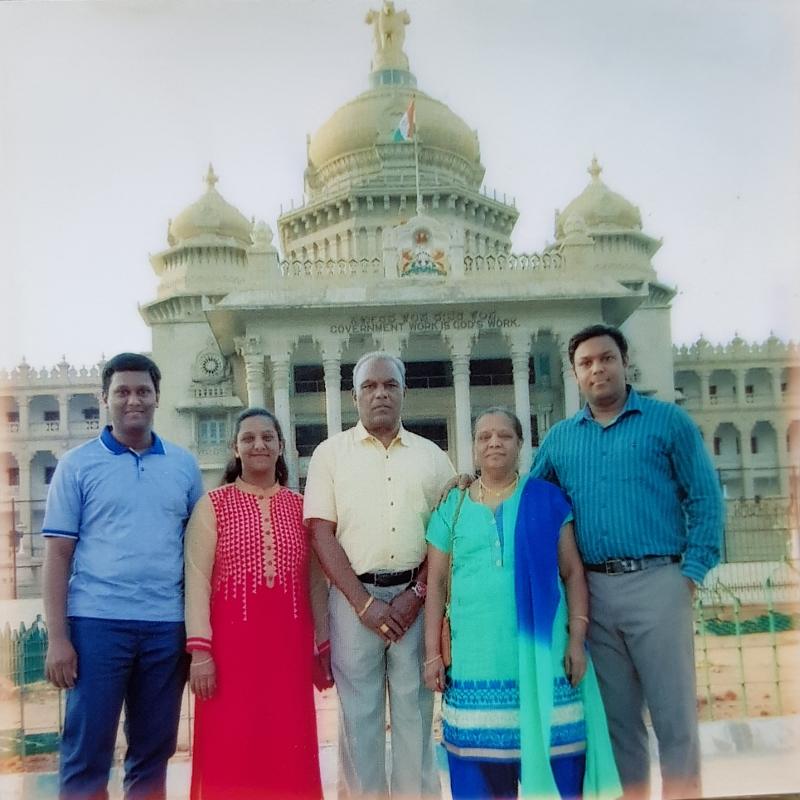 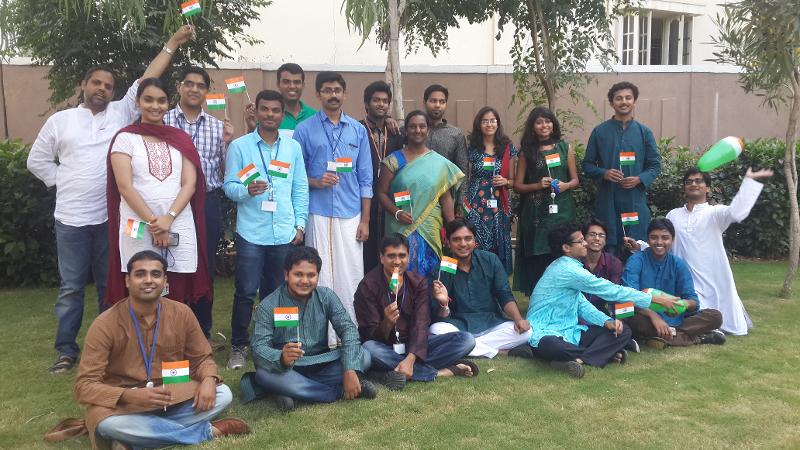