With the tablet as the canvas and the digital pen as the brush, the world of digital drawing unfolds, allowing you to capture beauty and bring what inspires you to life. Wherever you may be, simply turn on your tablet to transcend the limits of time and space and make colorful, multi-textured creations come alive.

Faster and more convenient due to their big-screen displays, Samsung’s Galaxy Tab S7 and S7+ offer users a new and better kind of canvas. Featuring an S Pen with significantly improved latency for smoother writing and drawing and a maximum 120Hz refresh rate that enables the display to react immediately to the strokes of the S Pen, the Galaxy Tab S7 and S7+ are bringing a new level of fluid input to tablet use. 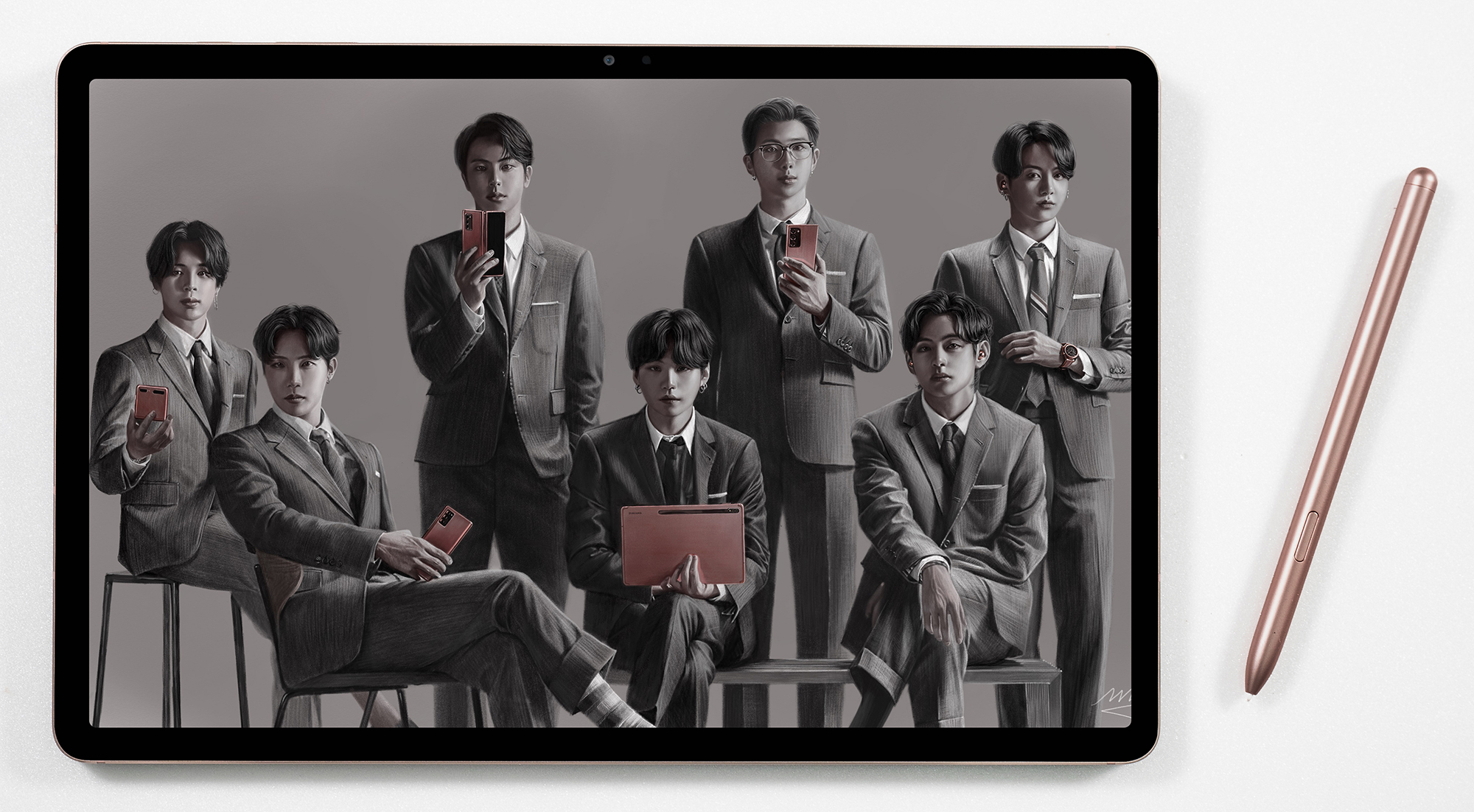 To check it for herself, digital artist Young-eun Lee (a.k.a. mingmiraclegreen) tried drawing a picture with the S Pen on the Galaxy Tab S7+. Having previously drawn many portraits on tablets, she drew world-renowned boy band BTS (who have collaborated with Samsung a number of times) by using the Tracing feature that allows even beginners to create artworks by drawing on top of images placed beneath the canvas. Take a look at the video below to see, step by step, how a blank canvas on the Galaxy Tab S7+ is transformed into a work of art.

Q1. Please introduce yourself.
I’m Young-eun Lee. I’m an artist also known as mingmiraclegreen. I’ve been working to create a variety of digital art since I first experienced the beauty of digital drawing, which is quite different from drawing by hand.

Q2. What was it like drawing on the Galaxy Tab S7+?
Even though I was using the Galaxy Tab S7+ for the first time, after using it for just a short time I found the drawing experience very comfortable – much like drawing with a pencil. I was most impressed with how sensitive the tablet is to the S Pen. Even tiny strokes for things like strands of hair were accurately recognized and reflected. The button on the side of the stylus that allows you to switch into eraser mode instantly is a great time-saver as well.

Lately, I’ve been suffering from wrist pain due to all the drawing I’ve done over the years. But the S Pen is lightweight and has a comfortable grip that protects your wrist during extended use. The S Pen’s battery is long-lasting and it charges rapidly, allowing you to stay focused on your drawing and avoid distractions.

Q3. Any tips or tricks for those who would like to draw on the Galaxy Tab S7+?
If you’re trying to recreate a photo, I recommend using the Multi Window feature that splits the screen into different parts. The navigation button at the bottom opens up the list of apps you’ve used recently. Here, just select the “Open in split screen view” option by pressing and holding the icon for the app of your choice. After that, you’ll be able to open another app in the remaining space, allowing you to have the photo you’re recreating on one side, and the illustration app on the other without having to switch back and forth all the time.

* This device’s language is set to Korean.

Q4. How was your experience drawing with the Clip Studio Paint program?
The Clip Studio Paint EX version app is offered to Galaxy Tab S7 and S7+ users free of charge for 6 months. I’ve tried it and noticed that it has a lot of great benefits. First, its interface is very similar to that of Photoshop, so Photoshop users will have no problem using it. The app comes with a wide selection of brushes, and makes it easier to save your work than some other apps. Also, the app automatically saves your previous color palettes to make it easier to recall them, removing the need to create them again from scratch.

Q5. What do you enjoy most about digital drawing?
First of all, drawing digitally allows you to draw anywhere, anytime using a broad range of materials. With analog drawing, you need to prepare a lot of materials and find a good spot to set up. But with digital, there are none of these restrictions.

Then there’s the huge advantage of being able to quickly and easily fix your mistakes. Any mistake made while drawing on a tablet is reversible, so it’s a great tool for beginners who are just starting out. So don’t be afraid - grab an S Pen and start drawing! 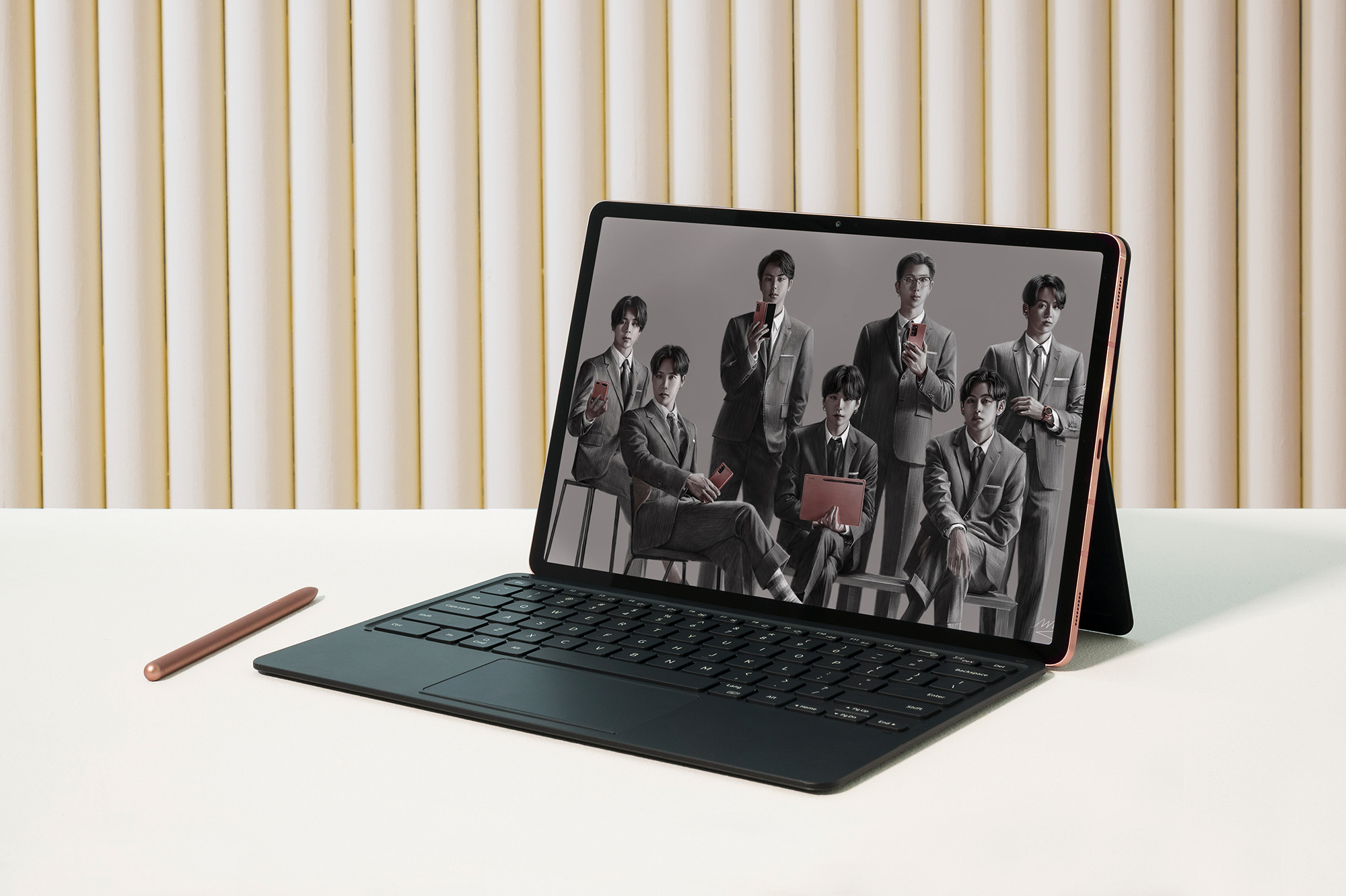 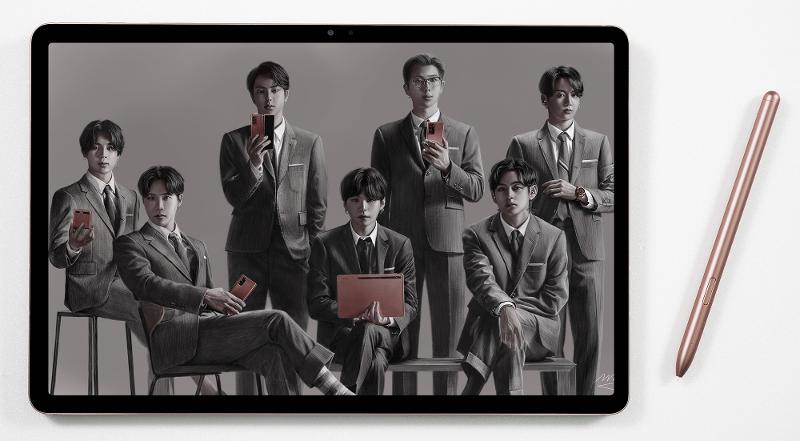 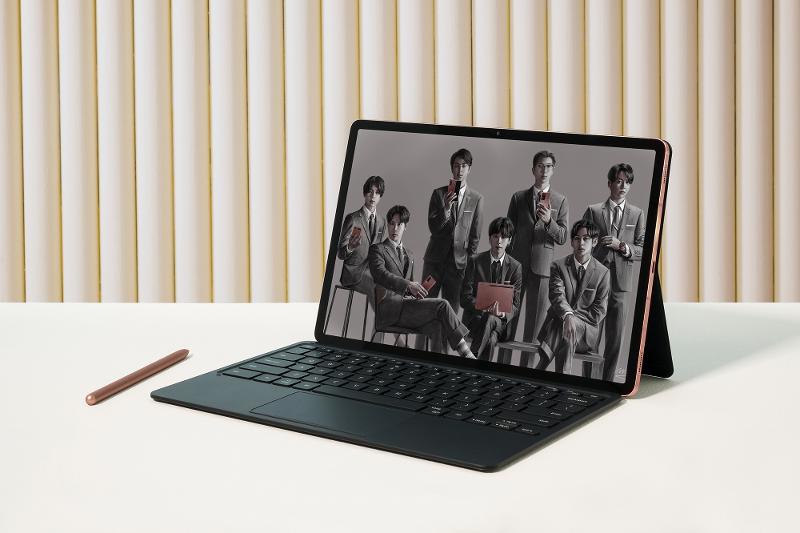 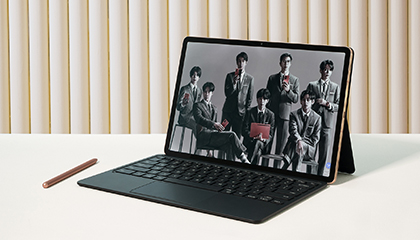